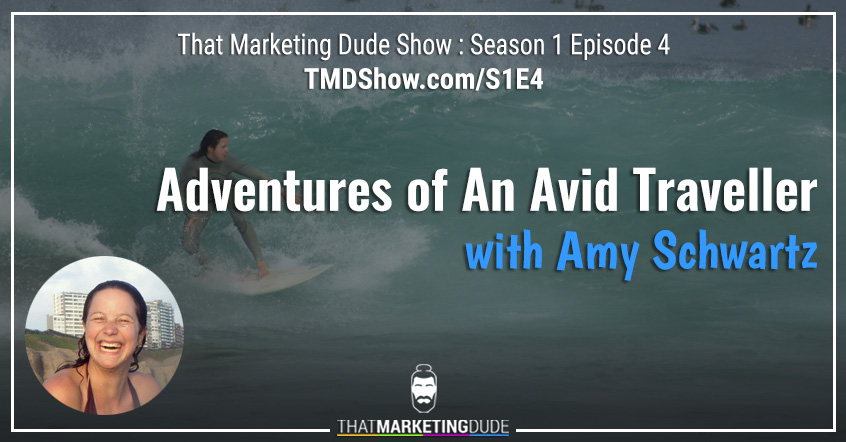 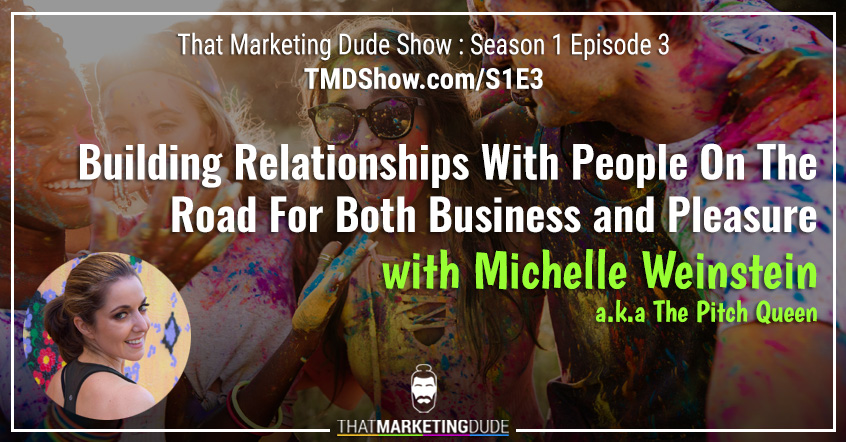 S1E3 : Building Relationships With People On The Road For Both Business and Pleasure with Michelle Weinstein

In today’s episode, Michelle Weinstein and I talk about Building Relationships With People On The Road For Both Business and Pleasure. Michelle has some high profile clients (like NFL teams) she’s managed to land thanks to her ability to build relationships with people. So we’ll be diving into how you can do the same for your business and for your general travels for the first time.

Michelle has knocked down the doors and impressed CEO’s at many billion dollar companies. Her relentless pursuit towards buyers at Costco Wholesale earned her coveted shelf space that also led to national deals with The Vitamin Shoppe. Other current clients include the Washington Nationals and Tampa Bay Rays. Within in her inner circle are multi-seven figure entrepreneurs, famous comedians, professional athletes and coaches from the NFL, NBA, MLB & NHL.

As a result of these amazing relationships and opportunities Michelle has honed a unique skill set that will help you develop the most important and valuable relationships. She will teach you how to open doors and meet people that you have always dreamed of meeting, but you never knew how to get to. That’s her genius. 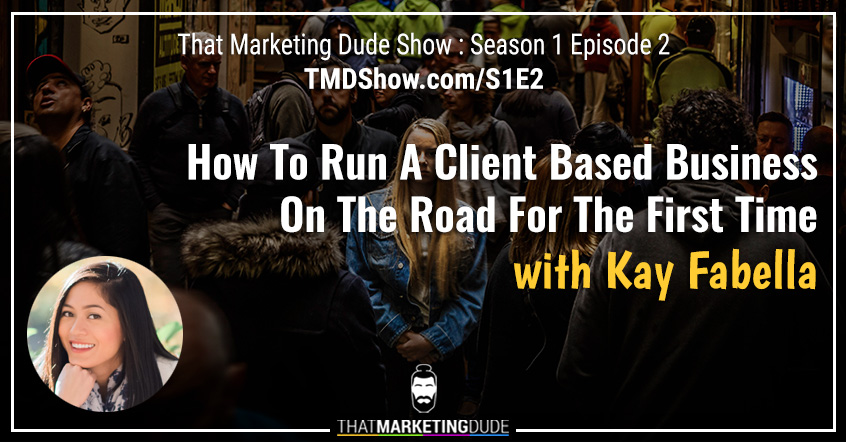 S1E2 : How To Run A Client Based Business On The Road For The First Time with Kay Fabella

What is up dudes and dudettes! In today’s episode I have my good good friend Kay Fabella back on the show to talk about how to run a client based business on the road for the first time. We’re going to be diving into how you can leverage your story to do this well… Get ready for this digital nomad lifestyle peoples!

Kay Fabella is a storyteller and communications strategist. She helps entrepreneurs and professionals around the world develop a communication strategy to meaningfully connect with their audiences — and meet their business goals. Kay is also a world-recognized author, speaker, and trainer.

A Los Angeles native, she’s built her dream business from Spain to train her clients in the US, Europe, Latin America, and Asia to help bring their brands to life. She’s also been featured in international media including The Huffington Post, El País and EFE Emprende.

So you guys may remember Kay form when she was on the podcast, Episode 20: How To Be Like Marmite In A Non-Native Tongue and “A Night Out In Spain When You Don’t Speak Spanish”, and Kay brought the fire. And today was no different. If you’ve been wanting to build a business that’s true to who you are and still travel like a BOSS… Then watch the show.